Locating, accessing and interpreting unpublished archive documents lies at the heart of primary historical research as they provide original knowledge about historical processes and communicative actions of institutions or other historical actors, such as civic activists. Documents of the 1990s are especially exciting to research as they have, for the most part, only just been opened to researchers and allow new insights into historical developments.

Due to the restrictions resulting from the corona pandemic, my planned archive visits had to be postponed for a couple of times. With the re-opening of public institutions, I researched unpublished documents in the archives of the Robert-Havemann-Gesellschaft e.V., Landesarchiv Berlin and the Stadtbibliothek Berlin. While the documents held by the RHG e.V. allowed insight into the actions of civic associations dedicated to GDR- and post-unification urban renewal processes in Berlin Mitte, the Landesarchiv Berlin holds documents revealing internal communications of the Berlin Senate administrations on urban development and on building related to the planning of the Berlin city centre in the 1990s. Numerous documents held by the Stadtbibliothek Berlin illustrate the 1990s-activities of the Stadtbibliothek Berlin regarding the then discussed relocation of the city library to the planned new central building at the Spreeinsel, while other documents show the multiple interconnections of interest groups in the urban debates in 1990s Berlin. 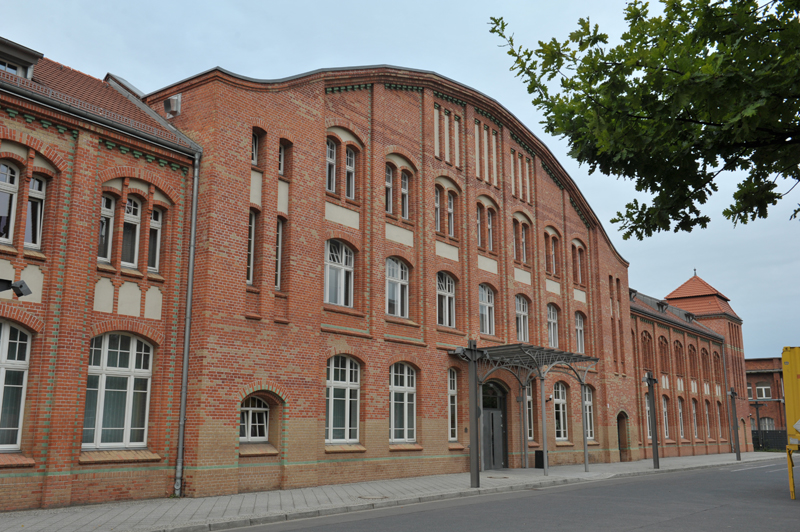 Aiming to trace divergent social perspectives within the negotiation of urban belonging in the planning and rebuilding of post-unification Berlin, the archive of the Robert-Havemann-Gesellschaft e.V., in particular, was of great benefit for the research as it revealed the scopes of civic involvement. The inventory of the IBIS (Informations- und Beratungsinstitut für bürgernahe Stadterneuerung) – a former institute for the documentation and networking of civic engagement in urban renewal programs – was compiled and archived in the early 1990s by agents of the former GDR urban renewal movement such as Ulf Heitmann, with whom I also conducted an oral history interview in order to better understand and contextualise these documents. A large part of the IBIS-documents held by the RHG e.V. illustrate the proceedings, strategies and expectations of civic activist groups in the Wendezeit of 1990/91 and reveal hopes and fears of residents of Berlin Mitte in the wake of the political, economic and social ruptures of 1989/90. Thus, the insight into the IBIS-documents helped to understand civic attitudes and actions in relation to official planning procedures and revealed divergent understandings of urban belonging held by civic actors on the one hand and administrative officials on the other. Moreover, IBIS-documents of the mid-1990s illustrate and testify to the disappointment following official promises of civic participation in urban planning.

On the basis of this archival research, I gave a presentation titled “Von alten Bauten und einer neuen Gesellschaft. Die Berliner Schlossplatz-Debatte nach 1989“ (‘On old buildings and a new society. The Berlin Schlossplatz Debate’) at the conference Ende der Bonner Republik? Der Berlin-Beschluss 1991 und sein zeithistorischer Kontext (The End of the Berlin Republic? The Berlin Beschluss of 1991 and its historical context), which was organised by the Commission for the History of Parliamentarianism and Political Parties and the Heinrich-Heine-University Düsseldorf et al. in June 2021. At this conference on procedures and debates related to the Hauptstadtbeschluss (capital resolution) of 1991 and the capital planning in Berlin in the 1990s, I illustrated ambivalences of national-official and local-civic political approaches to the redesign of the Berlin city centre at the Spreeinsel. These findings will be furthermore processed in publications, including a chapter in the Routledge book being prepared by the HERA en/counter/points team.