for marginalized belongings through culture, heritage and arts

On 23rd and 24th March a workshop was organised in Skopje which focused on the role culture, heritage, and art can play in the development and preservation of place and space in contexts in which marginalized belongings are under threat.

Together with researchers as well as practitioners, we discussed new forms of governance and innovative practices instigated in the field of culture, heritage, and arts and how these provide new room for marginalized belonging in Europe both in the specific context of Southeast Europe as well as other parts.

The workshop consisted of four panels. During these panels we discussed the ins and outs of new forms of cultural governance and space making and the different presenters reflected on the potential as well as challenges of new approaches, strategies and international trends. Moreover, we looked at actual examples of these new forms of governance. Several practitioners presented their experiences in the field and exchanged their visions about implementing new models of cultural governance and space making in often challenging conditions.

Dea provided examples of new forms of cultural centres and discussed their potential, but also urged for a critical positioning regarding participatory governance. Participation has become a new imperative and as such easily becomes determined by power relations that hinder participatory processes.  In her presentation, Dea presented considerations about how to deal with these challenges.

Francesca Gotti presented the results of her research, carried out together with Jacopo Leveratto and Francesca Lanz, about ‘tactical urbanism’, presenting several examples of architects introducing new forms of spacemaking in different urban contexts. She discussed the nature of these projects and raised questions about the further facilitation of these kinds of projects.

Finally, Francesca Sabatini presented an example of how spaces can be transformed by introducing open-air opera performances in so-called urban and cultural voids of Italian cities. She showed how culture and art can play a mediating role, creating invited spaces in which diversity of people meet. 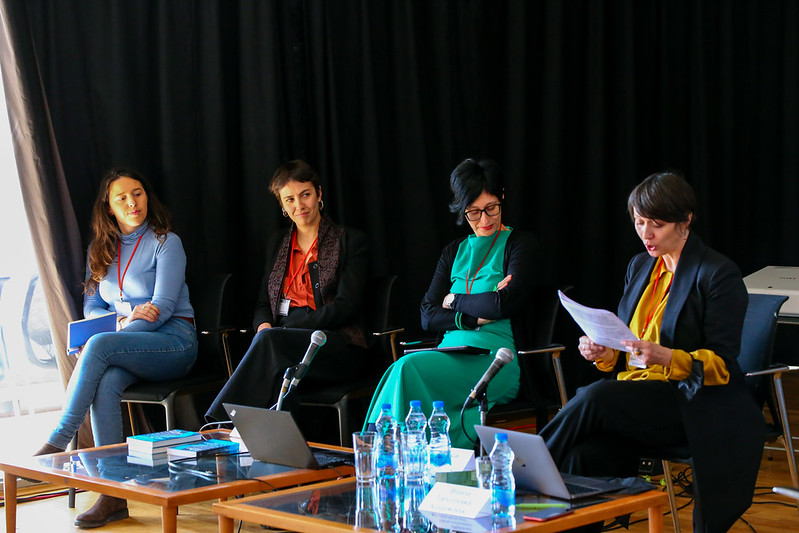 The second panel focused particularly on the field of heritage. This panel was called: “Governing place and space through culture, heritage, and arts – new forms of cultural intervention in the field of heritage”. Ana Žuvela (IMRO, Zagreb), Hanna Szemzö (Metropolitcan Research Institute, Budapest) and Laura Tapini (Diadrasis, Athens) discussed the challenges involved in the governing and management of cultural heritage with its main aim to allow for more social inclusion, participation, and civic engagement.

Ana discussed policy understandings of cultural heritage and showed how these are largely defined by international actors, unequal power hierarchies and rather instrumentalist uses of heritage in which ‘belonging’ has no place.

Hanna shared her experiences of the Open Heritage Programme and displayed her concerns about how to better balance bottom-up initiatives and top-down regulations in the field of heritage. She argued for less rigid heritage governance, more attention for heritage communities, the introduction of the adaptive reuse sites, and the strengthening of the capacities of heritage institutions.

Finally, Laura added a more practical perspective to the discussion reflecting on her work as part of the NGO Diadrasis in Greece. She presented an ongoing project which combines the protection of monuments from climate change with citizen engagement. While it is the oranisations’ conviction that different actors are part of solutions, the challenge is how to make them speak the same language. 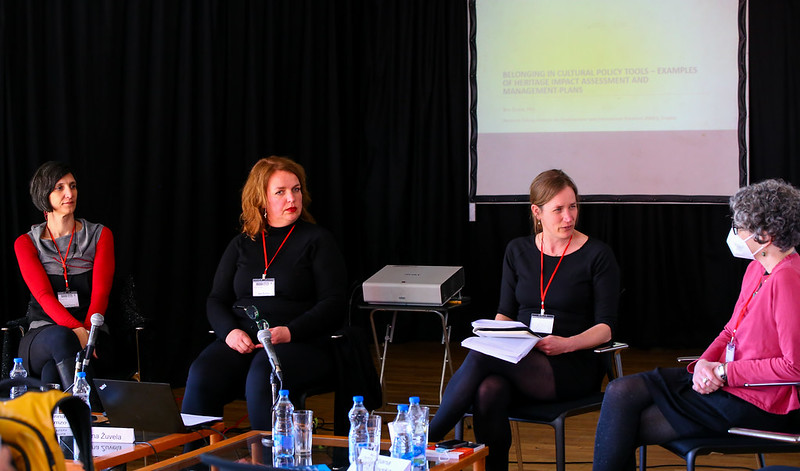 Peter showed how Toplocentrala became a space for independent artists which meant to help (re)connect the citizens of Sofia to a marginalized part of their city as well as connecting artists more intimately to the urban space.

Lea and Carole introduced the work of Toestand in Brussels and provided insights in their strategies to facilitate temporary public spaces accessible to all and owned by the people who need such spaces.

Luka introduced Magacin as a self-organised and self-governed community center which provides free access to space which is there to last despite of, but also because of its position outside established institutional structures.

Finally, Jasmina presented Jadro as an example of finding a way to provide a free space for democratic culture in Skopje by introducing new models of civic-public cooperation.

The examples provided by the speaker reveal that a variety of approaches of spacemaking seem to suit different contexts, yet the speakers also exposed the caveats of the approaches used and particularly in terms of structural change. 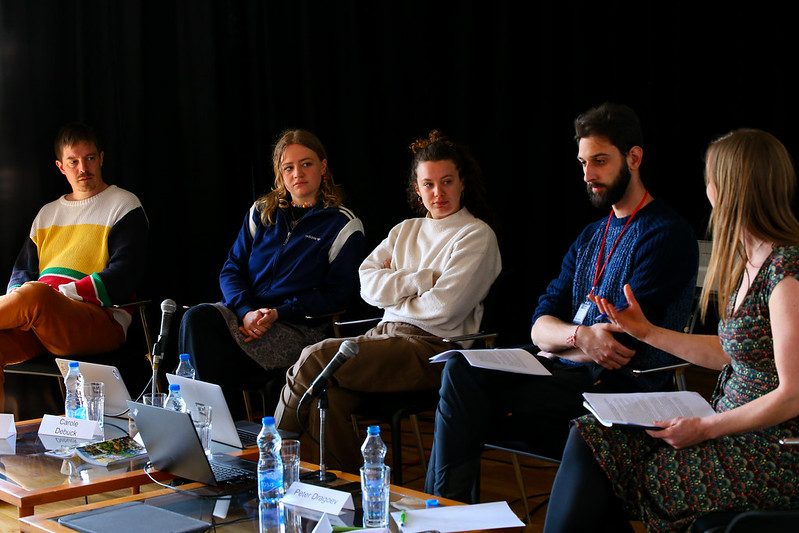 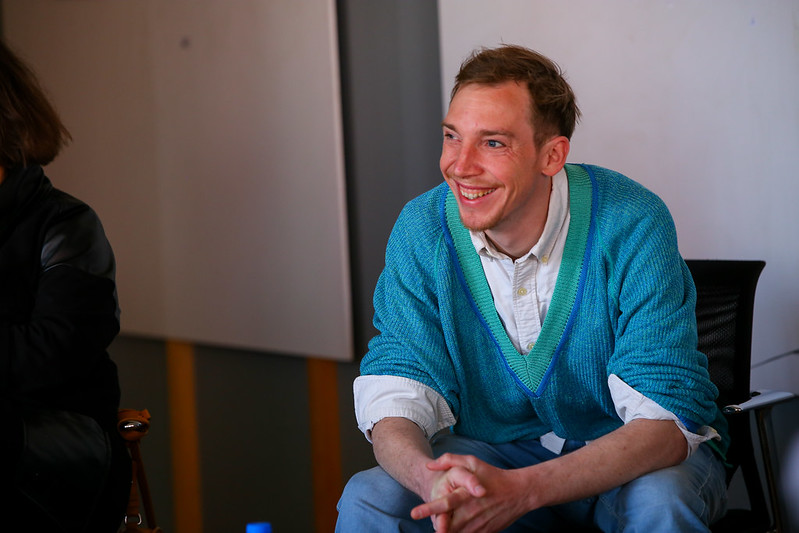 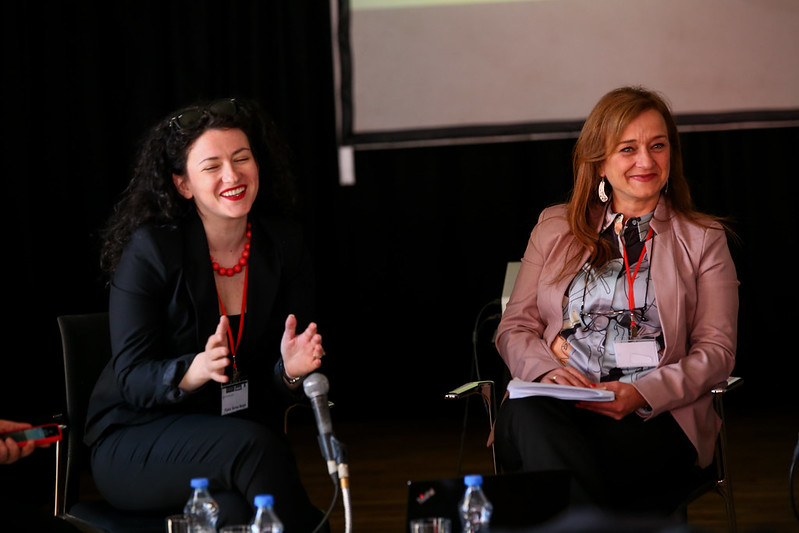 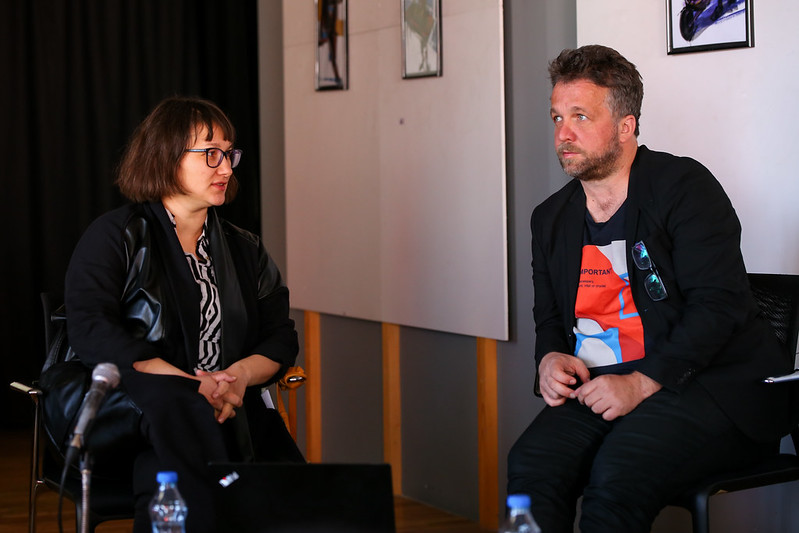 Ivo reflected on his attempts in Albania to establish networks that would allow for a reclaiming of spaces of high historical as well as societal value that are currently under threat. He discussed the several factors that complicate these attempts in the Albanian context.

Flaka provided a series of examples of how the NGO Ec Ma Ndryshe intervenes in the cityscape of Prizren. She mentioned several subversive actions meant to create more awareness about the loss of cultural heritage in the city.

Ivana and Filip presented the performances they held in different historical sites in Skopje that present those aspects of Macedonia’s past the state hopes to forget. By means of their performances, they express the urgency of preserving public spaces to allow for agonistic public debate and democracy which are currently suppressed by the government.

Finally, Irena presented attempts of the Balkan Museum Network and the Institute and |Museum Bitola to make museums more accessible and inclusive by introducing new forms of knowledge and technology which can draw in a diversity of actors  in museum practices.

More photographs from the event can be found on Flickr.