Watch Brian Alderson's Newcastle University honorary degree ceremony, which took place on 13th July 2016. The presentation of Brian's award begins at 43:10, with Brian's presentation to the Chancellor. Jill Taylor-Roe gives Brian's honorary degree citation, followed by a response from Brian, which ends at 64:50. 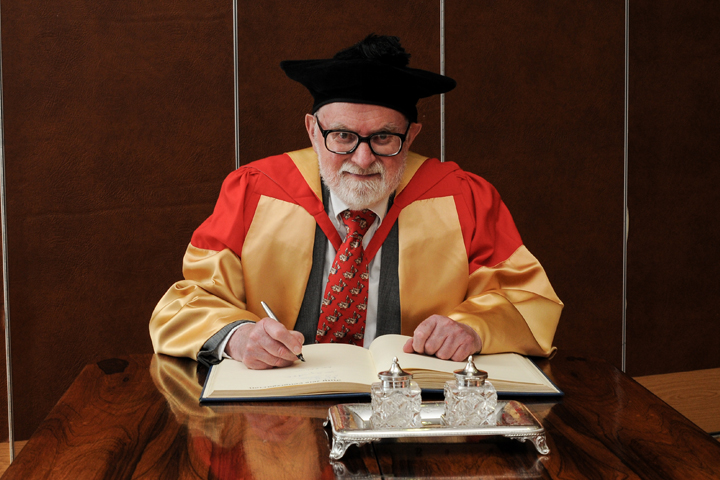 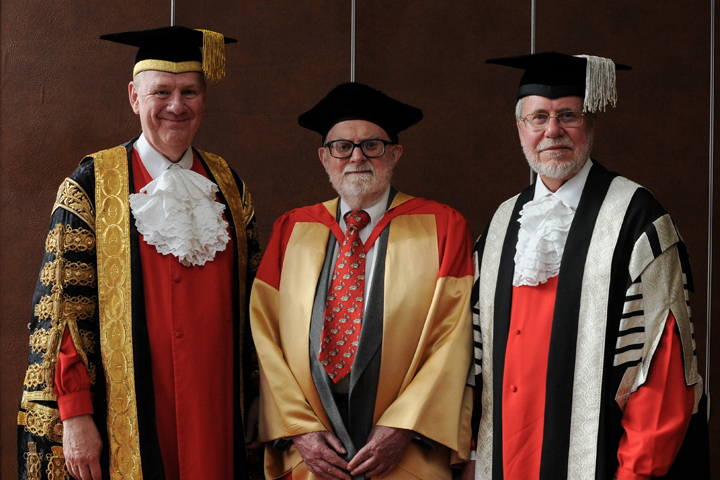 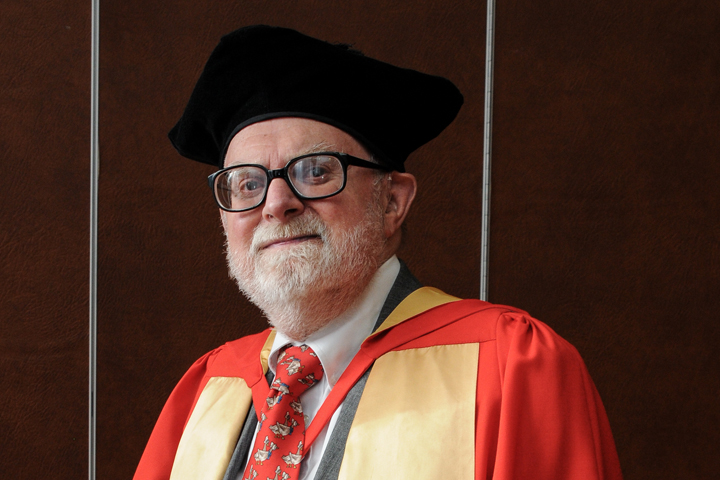 Our honorary graduand today, Dr Brian Alderson, is an expert in Children’s Literature. Indeed, in Brian’s case, the word “expert” barely seems to scratch the surface. According to Professor Peter Hunt, “Brian is without question, the greatest scholar, historian and bibliographer, and possibly the greatest collector of children’s books that Britain has ever produced – which means that he is probably the best in the world.”

Brian’s “bibliomaniac propensities” first surfaced in his teenage years whilst a boarder at Ackworth, a co-educational Quaker boarding school near Pontefract. He recalls his time there with great affection and, as a Librarian, I was delighted to hear how fond he was of the school library, which not only held a vast array of intellectually stimulating stock, but was also an interesting venue for non-bibliographic assignations.  I’m not sure I should approve of the latter! His early collecting focussed on modern poetry and he gleefully told me of a temporary job he took with Bumpus Booksellers while awaiting his call up for National Service. Staff were entitled to a twenty percent discount which Brian took full advantage of. He was employed as a “looker out” which he considered a wonderful way to learn the book trade. Yet despite this early training and all his subsequent experience of the booktrade, some books remain elusive.  Brian is still searching for a first edition of Robert Louis Stevenson’s Catriona – so if anyone knows where to find one – please have a word after the ceremony.

Brian Alderson is renowned for his exacting scholarship, and he expects others to deliver to the same high standard. (No pressure then…) Not only is he an author, translator and editor of children’s books, he has written several of the most important critical works in the field, including his revision of F J Harvey Darton’s classic Children’s Books in England. He was children’s book editor of the Times for many years, and founded the Children’s Books History Society.  Brian is in constant demand as a valuer of historic children’s books and has been a visiting professor at several of the world’s leading universities, including Yale and Princeton.  Dr Leslie McGrath, curator of the prestigious Osborne Collection of Early Children’s Books in Toronto Public Library, always looks forward to his annual autumn visit. He is regarded by colleagues at Toronto as both a friend and mentor.  Leslie told me a wonderful tale of how Brian and his friend Pat Garrett spent an entire evening recording London street cries to support an Osborne project, “their cockney accents were gorgeous and the result, the “Cherries Ripe”, the seafood, the rags for sale – was broadcast – (alas not permanently) on the Ontario Ministry of Labour’s website. Never were more homely wares cried by such learned voices.”

Equally cherished memories are held by those who witnessed a dramatization of Russell Hoban and Quentin Blake’s “How Tom beat Captain Najork and His Hired Sportsmen” at a children’s literature conference. However, there was some doubt as to which part Brian actually played. Opinion initially favoured the role of Aunt Fidget Wonkham-Strong, “who took no nonsense and wore an iron hat”, and my source, Geoff Fox, cheerfully observed that even if Brian didn’t play her, he jolly well should have done. In the interests of veracity, I considered it wise to consult the actor himself, who assures me that in fact he played Captain Najork and enjoyed himself immensely, though he cannot quite recall who portrayed the formidable lady aunt.

A visit to Brian is always a delight. He is the most hospitable of hosts, and an infallible guide to the best pub grub in and around Richmond. But the greatest pleasure of all, is to sit in his lounge while he brings forth treasure after treasure to beguile and entertain you. Peter Hunt memorably describes such an experience, where like a “six armed conjurer” Brian “produced from on mantlepieces, and the kitchen table, and from sagging shelves and from windowsills and under sofas, first, rare and priceless editions that I had only ever dreamed of seeing.”

But it could all have been so very different. Brian’s father wanted him to be an accountant and he seemed destined to study Economics at the London School of Economics.  His heart wasn’t in it, so braving his father’s displeasure, Brian switched to German, deferring for a year whilst he undertook a crash course in Latin. He eventually took up a place at Exeter University to study German and Latin. It was here he met his late wife Valerie, who was in the year below him.  I gather there was a very romantic conclusion to their studies as after Brian graduated, they eloped to London. They have three sons, Nicholas, William and John, and we are delighted that William is able to join us today.

Mr Chancellor, for his pioneering and unrivalled contribution to the field of children’s literature, I present to you Dr Brian Wouldhave Alderson, for the award of Doctor of Letters, honoris causa.