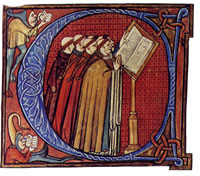 Early English Church Music is published by Stainer & Bell on behalf of The British Academy. The aim of the series is to make available church music from the eleventh to the seventeenth centuries in a form both scholarly and practical. The present General Editor is Magnus Williamson; the chairman is Prof. Peter Wright (Nottingham University). The series includes work by anonymous and undeservedly neglected figures, as well as much of the output of acknowledged masters such as Thomas Tallis, John Taverner and John Sheppard. The series has four main strands: editions of polyphony composed before c. 1530 (presented in the distinctive diamond-headed notation first used in EECM 42); editions of polyphony composed after c. 1530 (in 'round' notation); editions of chant (in 'square' notation); and facsimile editions of polyphonic sources. The series has currently published 56 volumes; edited by William Summers and Peter Lefferts, vol. 57 will comprise music manuscripts of the thirteenth century in facsimile; vol.58 will be an edition of the Sarum Lady Mass (ed. John Harper, Sally Harper & Matthew Cheung-Salisbury).

In the Shadow of the Phonograph: Ritual, Remembrance and Recorded Sound 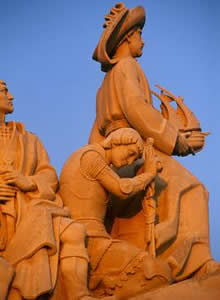 This collaborative research project involves Ian Biddle (ICMuS), Nanette de Jong (ICMuS) and Richard Elliott (University of Sussex) in the production of a co-authored book that deals – both through critical engagement with recent developments in the theory of technology, and through a number of historically- and geographically-located case studies – with the part played by music in public and private acts of mourning, remembering and forgetting.

Sound reproduction technologies have intervened in and shaped ways in which we have come to think about memory. Drawing on recent developments in the field of ritual studies, the authors assert that memory work (the ways in which memory is put into the public domain, discursivised and shaped by the public and private domains) operates according to a logic of ritual in which strategies for marking and remembering the past are repeated according to a set of rhythms and cycles that anxiously mark the site of potential forgetting.

Drawing on a range of materials from North America, Europe, the Caribbean and Africa, and from a range of historical locations from within the so-called long twentieth century, the researchers examine the extent to which the musical underscoring of public and private mourning and ritual serves as a symptom of broader cultural and historical shifts in public consciousness about agency, democracy and community.

Across five substantial chapters, an introduction and a conclusion, the resulting book is organised around case studies, but will also cover a range of subthemes relating the headline topics of ritual, remembrance and recorded sound. These themes include: bringing the ethnographic understanding of ritual into a critical relation with other methodological fields; understanding the history of sound reproduction technologies as part of an informal or vernacular modernism; putting the various practices of collectors and collecting in relation to more formal archiving processes; understanding ritual as part of a broader set of musico-social practices (such as listening, collecting, exchanging, performing); and contextualising the notion of memory work within sound studies. 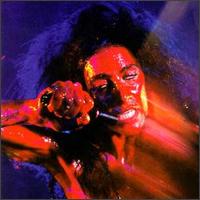 This is a longstanding, ongoing project by Paul Attinello which makes an extensive examination of music composed in response to the AIDS pandemic. Works by classical composers, popular musicians, and performance artists among others, reflect changes in attitudes related to sexuality, illness, and loss, as well as the relations between medical discourse and cultural myths. At a more technical level, they also reflect similarities and contrasts among musical genres, subcultures, audiences, identities, other artistic media, and some of the emotional and ideological patterns associated with each.

The project’s final projected output is a substantial monograph on the topic, which focuses on commercial products, thus chiefly considering on the urban West, with reflections on major musical productions in other parts of the world. Meanwhile a series of articles by Attinello document current findings. The more recent of these include:

In tandem with these writings, and as further outputs from the project, Attinello has given over 200 presentations on Music and AIDS, in academic contexts, but also to health professionals, medical students, and the general public more widely. For more about this public aspect of the project visit the Engagement and Impact section of this site.

What is consciousness? Why and when do we have it? Where does it come from, and how does it relate to the lump of squishy grey matter in our heads, or to our material and social worlds? While neuroscientists, philosophers, psychologists, historians and cultural theorists offer widely different perspectives on these fundamental questions concerning what it is like to be human, most agree that consciousness represents a 'hard problem'.

The Music and Consciousness project asks what our knowledge and experiences of music might bring to this set of problems – and, conversely, considers how questions about consciousness might be illuminative for music studies. The project was jointly instigated by David Clarke (Professor of Music, ICMuS) and Eric Clarke (Heather Professor of Music, Oxford University), who co-convened the first International Conference on Music and Consciousness at Sheffield University in 2006. Selected papers from the conference were further developed, along with additional invited contributions, in a book edited by Clarke and Clarke entitled Music and Consciousness: Philosophical, Psychological and Cultural Perspectives (OUP, 2011).

As the subtitle suggest, the book has a strongly multidisciplinary complexion, with contributions drawing on numerous disciplines and subdisciplines, including phenomenology, music psychology, critical theory, cultural and historical musicology, psychoanalysis, computer science and Buddhist and Indian thought. Current and former ICMuS researchers have also played a significant role in the project, with contributions to the book and/or the conference from Paul Attinello, Ian Biddle, David Clarke, Richard Elliott, Bennett Hogg and Bethany Lowe.

The project continues to unfold, not least in subsequent work by ICMuS researchers – for example in the phenomenological dimensions of Hogg’s Landscape Quartet project ; in a keynote paper given by David Clarke at the 4th International Conference on Consciousness, Theatre, Literature and the Arts, Lincoln University, May 2011; and in Attinello’s emerging interest in Jungian psychoanalysis. David Clarke and Eric Clarke were invited to contribute a revised version of their joint Preface to Music and Consciousness to a special issue of the journal Arts and Humanities in Higher Education devoted to a defence of the Humanities in HE. And a Second International Conference on Music and Consciousness is planned for April 2015, co-directed by Clarke, Clarke and Ruth Herbert (also a contributor to Music and Consciousness), and taking place at Oxford University.