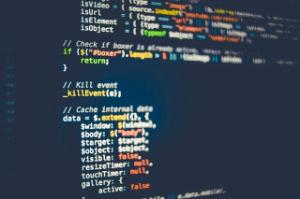 Do you want to do a funded PhD in digital editing at Newcastle University?

The NBDTP and N-SC have been jointly awarded a number of AHRC National Productivity Investment Fund Studentships specifically focussing on Artificial Intelligence and Data-Driven Research, beginning October 2018. These studentships also need to demonstrate alignment with the Industrial Strategy and involve an industry engagement or collaboration with an industry partner (including the Creative Industries). The competition is open to all applicants who meet the AHRC’s eligibility criteria for UK/EU students, and the award of studentships is based on the quality of applicants and their proposed research and the extent to which that research aligns with the criteria around the Industrial Strategy, with particular emphasis on Artificial Intelligence and Big Data.

The Animating Text Newcastle University (ATNU) project is looking for students wishing to do a PhD at Newcastle University to apply for AHRC NPIF Studentships, especially focussing on Data-Driven Research relating to digital editions. A project suggestion (with Professor Michael Rossington and Dr James Cummings as supervisors) is below but the ATNU project would be open to supervising other related PhD projects that align with the industrial strategy  and ATNU’s research interests to some degree. We are willing to work with you to produce a successful application, if you think you might be interested but are unsure of a research project, please get in touch with James.Cummings@newcastle.ac.uk

The title of the proposed project is ‘Animating Manuscripts’ (AM). The data for AM will be the manuscript witnesses of a manageable corpus of poems by Percy Shelley. Some will be holographs (manuscripts in the hand of the author) and will include versions in varying states from rough drafts through fair copies to press copies. Others will be copies by made by the poet’s circle including Mary Shelley, Claire Clairmont and Edward Williams. The core research question asked in AM will be: what digital technologies are appropriate to bring to life for twenty-first century scholarly and wider audiences the process by which a poem is created in the early nineteenth century? The research context includes the ongoing Shelley-Godwin Archive project based at the Maryland Institute for Technology in the Humanities. It is hoped that the student will benefit from excellent relations between the supervisors and S-GA staff (e.g. through undertaking a placement at MITH). But the objectives of AM and S-GA are quite distinct. S-GA is an archival project which reproduces high-quality scans of manuscript leaves with, in each case, an encoded diplomatic transcription alongside. However, AM will explore and represent the process of poetic creation dynamically and often across different manuscripts at the same time. Rather than traditional scholarly methods of collating a base-text with earlier or later versions through lists of variants in footnotes or in an appendix, AM will seek to, first, interpret the process of a poem’s composition and, second, to trace that process digitally. There will be scope for the student to experiment with the data in different ways. For example, one piece of research might focus on the evolution of a single stanza of a poem, or even a single line of verse on a page or pages of a single manuscript. Another line of inquiry might look at the evolution of a short poem from initial rough draft through intermediate copy, both in Percy Shelley’s hand, to a copy made with publication in mind in Mary Shelley’s hand. In this way, the project will explore whether the role of a transcriber (whether author or someone else) and an editor merge, and whether transcription is best understood not as the faithful reproduction of an earlier version but as editorial intervention. Asking whether a data-driven and dynamic digital approach to represent this process can lead to greater knowledge and understanding of the evolution of a literary text than traditional print methods is a question at the heart of this project.

Your Background: You should have (or will have by autumn 2018) an MA in a related field (English Literature, History, Digital Humanities, etc.). You should be interested in some or all of manuscripts, digital editions, and digital literary studies. You will be resident in the UK or EU and interested in undertaking a PhD at Newcastle University.

Proposed Supervisors: Professor Michael Rossington (Professor of Romantic Literature) and Dr James Cummings (Senior Lecturer in English Literature and Digital Humanities), but other ATNU supervisors are available with other time periods and specialities. See our list of ATNU People for more information.

Potential Partners: We have already made contact with a number of potential relevant partners including the Keats-Shelley House in Rome and the publishing company Routledge.

How to apply: Expressions of Interest, along with a CV of no more than 2 sides in length, must be submitted by 9am on 30 July 2018 using the form and instructions provided here. If you have any questions about the ATNU studentship or if a different project proposal might be suitable for ATNU, then please contact Michael Rossington (Michael.Rossington@newcastle.ac.uk) and James Cummings (James.Cummings@newcastle.ac.uk).