In more recent works, Huber has considered Roman wall painting and its significance for contemporary site-specific fine art practice, and has explored the tensions between photographic image and materiality. 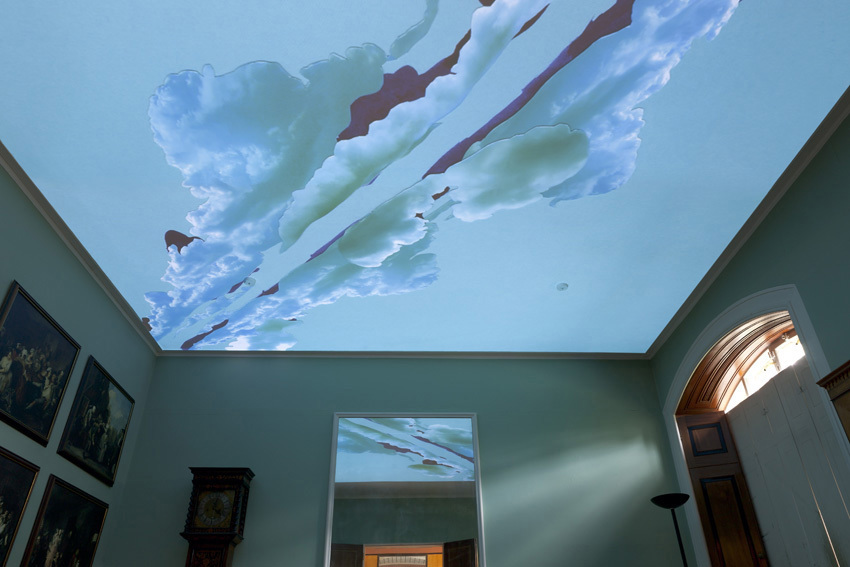 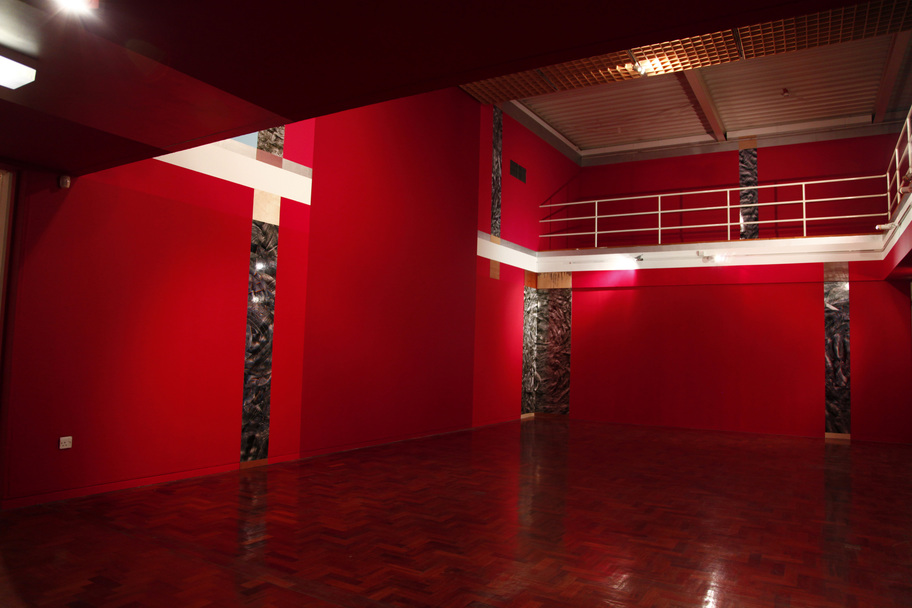 As Above So Below, Hatton Gallery 2013

‘Fictional Spaces’ is a practice-led enquiry into the significance of Roman wall painting for contemporary fine art practice, explored through site-specific wall paintings, projections, international exhibitions, drawings, collages, publications and slide talks between September 2010 and May 2013.

In her sustained investigation, which developed upon earlier work conducted as an Abbey Fellow at the British School at Rome in 2008, Huber argues that the balance Roman wall painting achieves between fictional, architectural, painted environments and actual built architecture offers a re-negotiation of space without an equivalent in contemporary art practice.

Huber is particularly interested in Roman wall painting’s architectonic subject matter, interlinking and negotiating the relationship between inside and outside, private realm and public realm. 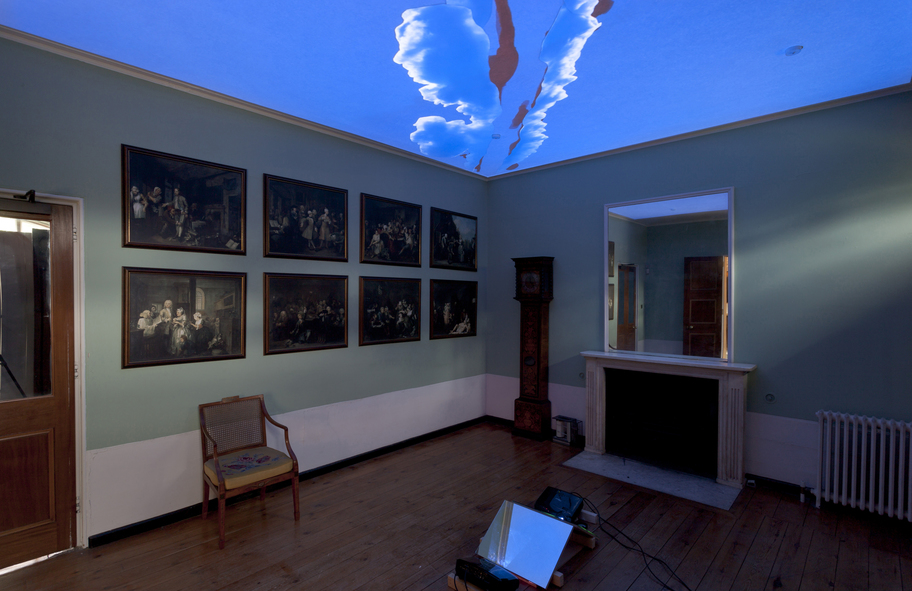 Huber investigated the practical principles underlying the architectonic styles and some garden scenes in Roman wall painting. For example, Huber explores the sophisticated play of ‘open’ and ‘closed’ walls, visual tricks to reconnect the paintings with the physical walls, and the multi-faceted relationship between composition of the wall painting and function of the room. She developed a series of site-specific wall paintings made in carefully selected public spaces to investigate the relevance of these strategies for contemporary practice. These distinctive locations include: The Hatton Gallery, Newcastle (public gallery), The British School at Rome (research institute), Pitzhangor Manor (Sir John Soanes’ former country residence) and Kiosk24, Germany (former shop window). 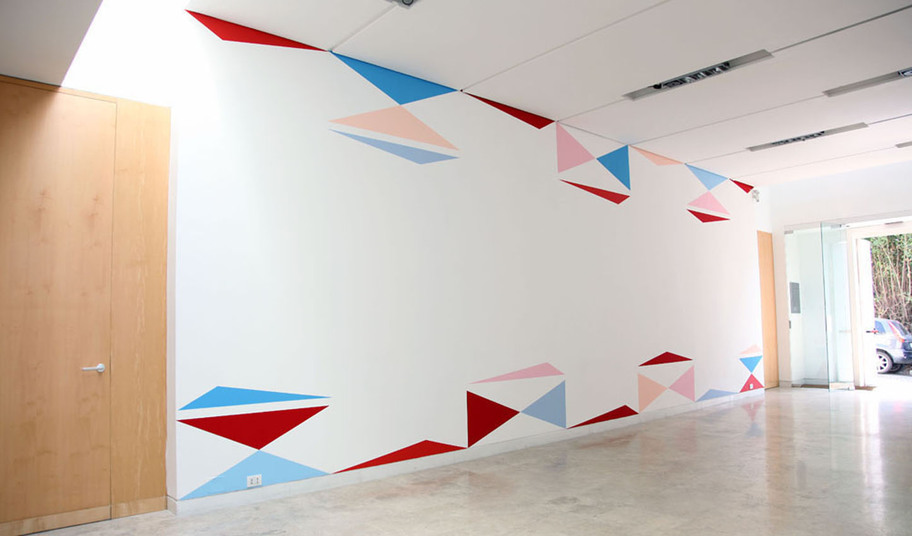 Hall of Fictional Space, the British School at Rome, 2011 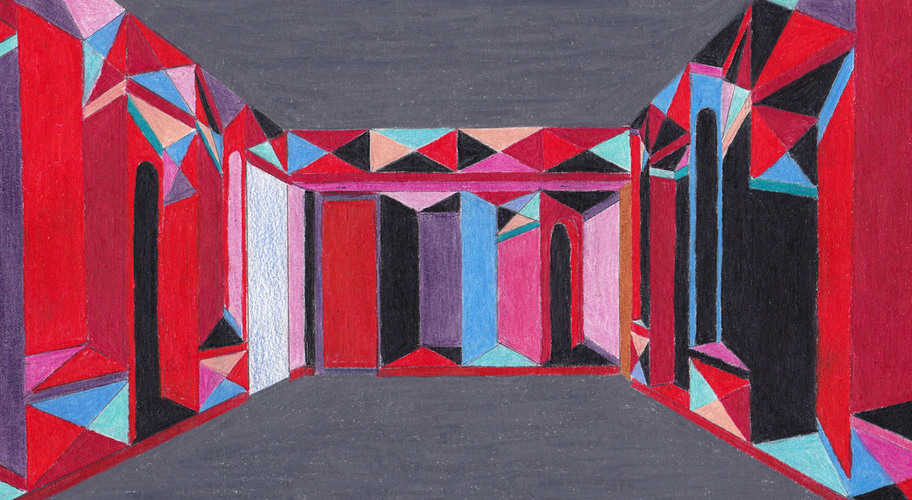 Drawing, Hall of Fictional Space, the British School at Rome, 2011

The expansive monologue ‘Catrin Huber - Fictional Spaces’ (ISBN: 978-1-906832-09-4) includes three essays that firmly position the work within the contemporary fine art context. Essayists include writer and critic Sean Ashton, who examines collage in relation to Schwitters’ Merzbarn and Huber’s ‘As Above So Below’. Elsewhere, curator and critic Sacha Craddock write about Huber’s site-specific practice, while Shelley Hales, a lecturer in Visual Arts in the department of Classics and Ancient History at Bristol University, investigates the dialogue between Huber’s work and Roman wall painting.

Huber’s ‘Fictional Spaces’ has also been documented in ‘Sense of Soane’ (ISBN: 978-0-9573834-0-1), a catalogue for the group exhibition at Pitzhangor Manor. Huber’s research has also been featured in Turps Banana Issue 10 (ISSN: 1749-3994), in an article imagining a fictional conversation between a Roman wall painter and El Lissitzky, the pair discussing Roman wall painting and its significance for contemporary fine art practice. It has also resulted in invitations to speak at the British School at Rome, the Hatton Gallery, Wimbledon College of Art and for the South London Women Artists (SLWA).

Huber is currently working on a series of collages and paintings. She is also developing site-specific work (projections / sound pieces) for an exhibition at Wimpole Hall, a National Trust site near Cambridge. 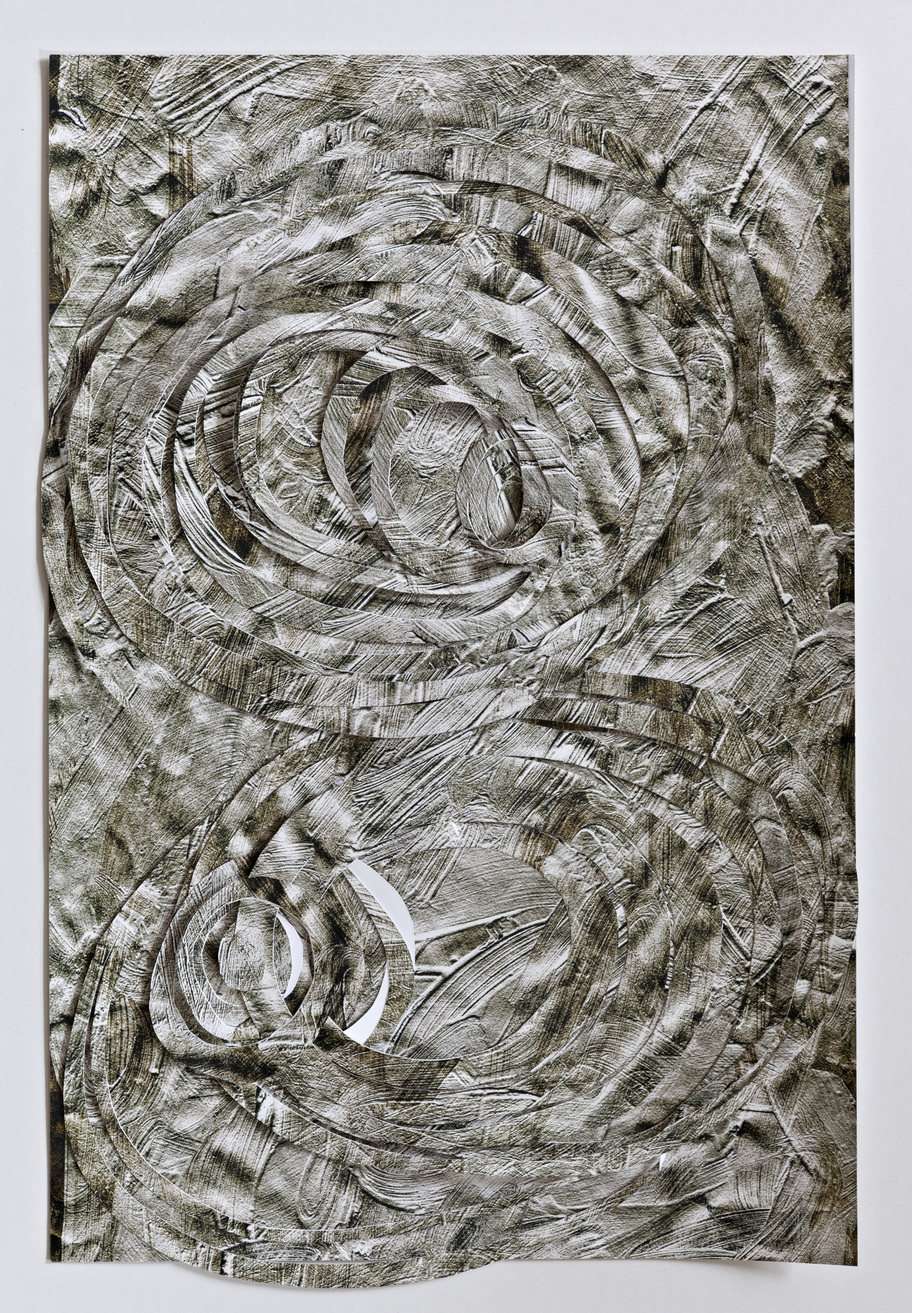 The following are also available: