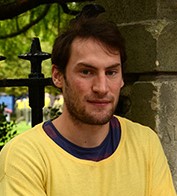 Please join these scholars to celebrate the release of Haiti in the British Imagination: Imperial Worlds, 1847 - 1915.

In 1804, Haiti declared its independence from France to become the world’s first ‘black’ nation state. Throughout the nineteenth century, Haiti maintained its independence, consolidating and expanding its national and, at times, imperial projects. In doing so, Haiti joined a host of other nation states and empires that were emerging and expanding across the Atlantic World. The largest and, in many ways, most powerful of these empires was that of Britain. Haiti in the British Imagination is the first book to focus on the diplomatic relations and cultural interactions between Haiti and Britain in the second half of the nineteenth century. As well as a story of British imperial aggression and Haitian ‘resistance’, it is also one of a more complicated set of relations: of rivalry, cultural exchange and intellectual dialogue. At particular moments in the Victorian period, ideas about Haiti had wide-reaching relevancies for British anxieties over the quality of British imperial administration, over what should be the relations between ‘the British’ and people of African descent, and defining the limits of black sovereignty. Haitians were key in formulating, disseminating and correcting ideas about Haiti. Through acts of dialogue, Britons and Haitians impacted on the worldviews of one another, and with that changed the political and cultural landscapes of the Atlantic World.