Joseph Swan was born on October 31, 1828 in Sunderland. A physicist and chemist, he helped to place the North East at the forefront of modern invention. His pioneering experiments with photography and electric lighting were revolutionary. Swan was knighted in 1904 for his work. He died on May 27, 1914, in Warlingham Surrey.

In 1860, Swan created a lightbulb that was made with a partially evacuated bulb. However, Swan’s initial attempts failed. This was due to the vacuum pumps not removing enough air. It wasn't until the mid-1870s when more efficient pumps became available that Swan returned to his experiments.

In 1880, Swan took advantage of Charles Henry Stern's work on vacuums and created an almost completely evacuated bulb with a carbonised thread filament. 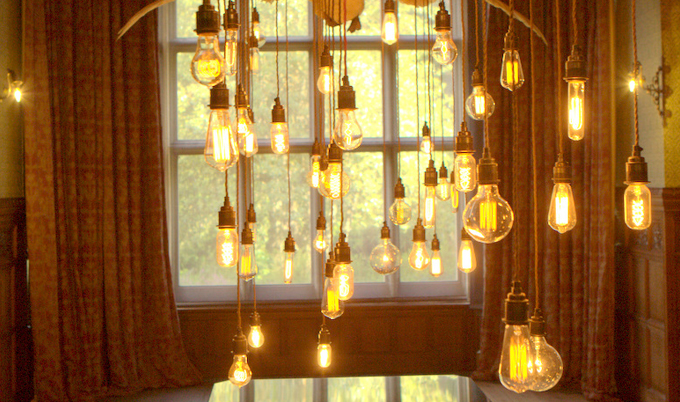 Little residual oxygen meant the bulb was practical, glowing white hot without catching fire or causing blackening of the glass. With his new lightbulb Swan made a name for himself and the city of Newcastle as the home of many world firsts.

The Edison and Swan United Electric Light Company was established in 1883 and was commonly known by the shortened name Ediswan. 1881 saw the invention of the cellulose filament which would became an industry standard. When General Electric was created in 1892, Edison's bamboo filaments were switched over to Swan’s cellulose.

“I had the mortification one fine morning of finding you on my track and in several particulars ahead of me – but now I think I have shot ahead of you and yet I feel there is almost an infinity of detail to be wrought out in the large application now awaiting development and that your inventive genius as well as my own will find very ample room for exercise in carrying out this gigantic work that awaits execution.”