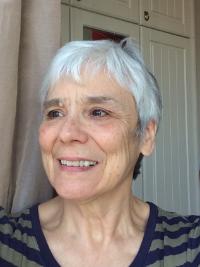 Liz, an alumna of Newcastle and Sunderland Universities, joined the Oral History Unit in July 2019. After a teaching career in further and higher education, she began working at Northumberland Archives in 2007 as an outreach officer, encouraging public engagement with the collections through community projects, educational activities, heritage events and exhibitions. Expanding their oral history holdings, built up over more than forty years, became an important aspect of her work. Starting with a group of former Bevin Boys, she went on to record the memories of dozens of people who had lived and worked in Northumberland, as well as helping communities develop their own oral history projects.

Since leaving Woodhorn in 2012, Liz has worked as a freelance heritage consultant and oral history interviewer, often with the aim of using the recordings to devise interpretation strategies, such as for the Kielder Viaduct project and the Winding House at Woodhorn Museum. Her interviews with 30 former patients and staff of the Stannington Children’s Sanatorium inspired a five-part drama in 2016 by Margaret Wilkinson for Radio Four’s Writing the Century series and, last year, Deborah Ballin also used them for her short story collection, Under an Artificial Sun.

For two years (2011-13) Liz was the oral history coordinator for the North East Labour History Society’s Heritage Lottery-funded ‘Popular Politics’ project, training volunteers to capture the recollections of political activists in the north east. Liz is on the management committee of the society and a co-editor of its annual publication, North East History. She is also well-known in the north-east local history community for her talks, many based on the oral history projects she has led.