Paisley Caves is an important archaeological site in south central oregon, USA. It provides some of the earliest evidence for human occupation of North America during the late Pleistocene and early Holocene, in the form of aDNA recovered from radiocarbon dated human coprolites. As part of a NERC funded research project in collaboration with the University of Oregon, we are conducting an extesnive porgramme of micromorphological analysis in the caves, to better understand the formation processes and taphonomy of biomolecules in the cave environment.  Read more about the project here. 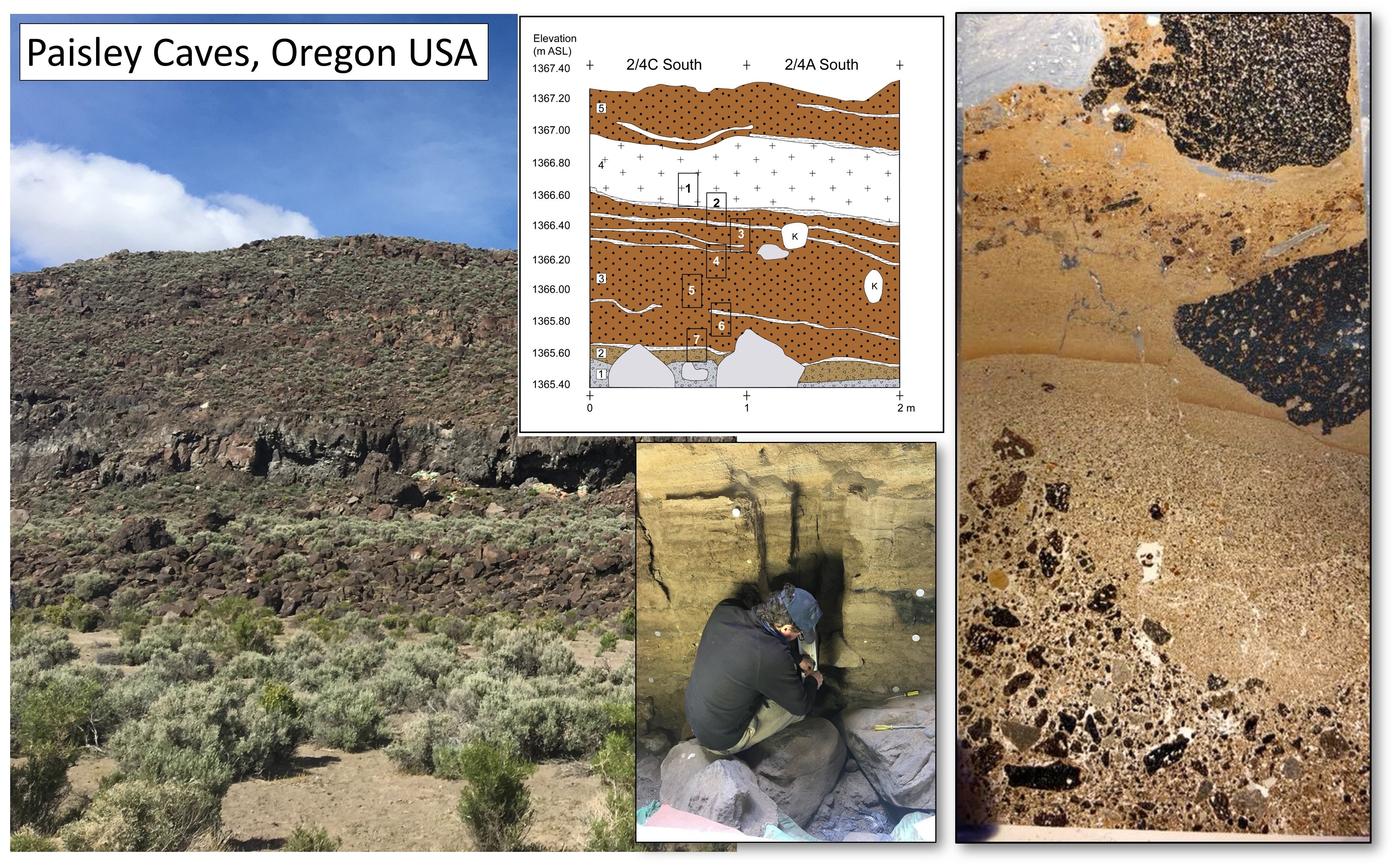 Lufton Villa is a fourth century site in Lufton, Somerset. Early exacavations suggested that a 'corridor' area was paved with a tesselated pavement in a grey and red squares. Current excavations have uncovered evicedence for major structural modifications in this area. Micromorphology was applied to distinguish whether a series of deposits were floor surfaces within the remodelled room or, alternatively, are the bedding for the now lost tessellated pavement. Observations in thin section suggested these lower deposits related to a series of floors. More information on this project can be found here.