Our first CONEXS Summer School was made up of an eager and engaged group of PhD students and ECRs from across the UK and Europe, who came to Newcastle University to learn from experts in X-Ray Spectroscopy. The school focused on FDMNES and CP2K, which were introduced to the students through a series of lectures and practical workshops in the computer lab. The lectures and exercises are available online here. 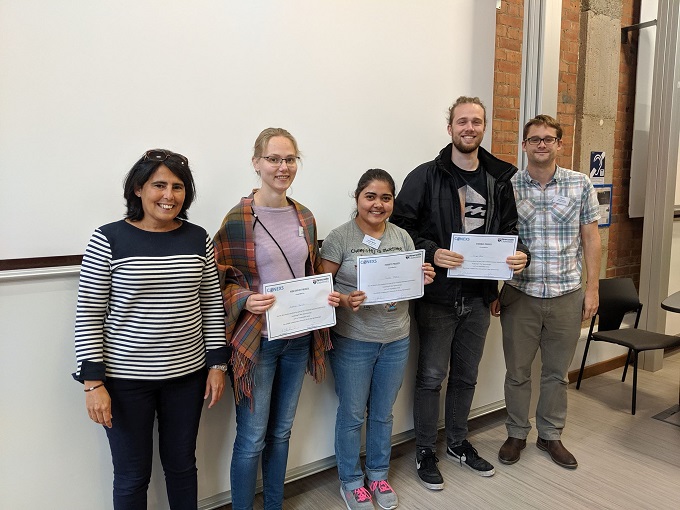 We received positive feedback on the Summer School, with students describing the event as ‘useful’, ‘interesting’ and ‘great’, and many stating that they look forward to using the codes that they learned about in their current and future work. We also received some suggestions for next year’s Summer School, such as a wish for even more practical workshops and a focus on different codes, such as ORCA and Quantum ESPRESSO.

70% of the students who gave feedback said that they would like to attend again next year, with the other 30% saying that they would be interested depending on the content.

Finally, we couldn’t have run the Summer School without our fantastic speakers: Newcastle University’s Tom Penfold opened the school with an introduction to X-Ray Spectroscopy, followed by Yves Joly from the French National Centre for Scientific Research who introduced the students to his FDMNES code. On the second day, the CP2K sessions were led by Axel Erbing from Stockholm University and Fernanda Nunes and Augustin Bussy from the University of Zurich, who provided hands-on support to the students throughout the workshops.

Our speakers received excellent feedback from the students, with comments such as ‘They are great! The speakers are well prepared and I am really lucky that I could learn from the developers of fdmnes and cp2k’.

If you’re interested in participating in the CONEXS 2020 Summer School, please don’t hesitate to get in touch.