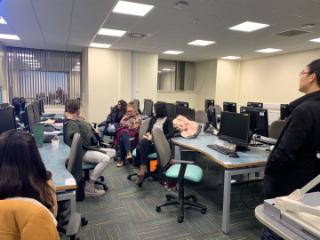 The summer of 2019 saw Hong Kong's most radical protests ever--and the most violent suppression by the police--sparked by a controversial bill on extradition. But it is important to situate this wave of protests in context, especially within a recent genealogy of dissent in Hong Kong on political, social, cultural, and identity conflicts with the Mainland. Ten Years -- an independent film made by five Hong Kong directors and the controversial winner of Best Film at the 2015 Hong Kong Film Awards -- comments on these conflicts through the medium of short film vignette, and attempts to grapple with Hong Kong's present and future. 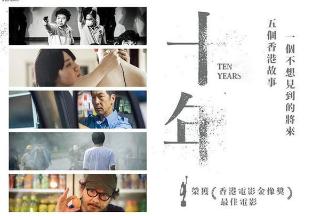 As a socially conscious Hongkonger, it is uncomfortable to admit that I have not watched the “staple” of Hong Kong resistance cinema—the 2015 dystopian film Ten Years—until recently. It is even more uncomfortable, however, to finally watch it for the first time, but in the midst of Hong Kong’s extradition bill protests in 2019. Given Hong Kong’s recent social turmoil, one identifies a mutual, co-dependent relationship between the film’s dystopian imagination and the dystopian context that inspired the film. And in this co-dependent relationship lies a cathartic hope.

Ten Years did not enjoy commercial success at first, being released only in one cinema in the beginning, and two more cinemas later. Its reputation grew, however, and after its commercial release, it was screened free of charge in Hong Kong universities. It became an obvious target of censorship in mainland China, but when it was nominated for Best Picture at the 35th Hong Kong Film Awards in 2016, the entire Film Awards received preemptive censorship as well and could not be broadcast in China.

The contrast between its censored status and its victory provides a metafilmic echo to what Ten Years seeks to express: the differences between Hong Kong and China in certain key aspects, and the ongoing attempt from China and its citizens to erase such differences. Ten Years in fact contains five shorter films, and was a collaborative project where five young local directors imagined what Hong Kong would be like in ten years’ time in 2025. Whether by coincidence or not, each director came back with a short film that examines the encroachment of Hong Kong society and culture. The short “Extras” shows how staged assassinations are used to arouse public fear, which is then used to justify more governmental control and intervention. Responding to the popular “preservation and conversation” movements in Hong Kong in recent years, “Seasons of the End” ventures darkly into the idea of taxidermy, preserving the remains of a demolished house and, eventually in its extreme, the human body itself. “Dialect” reacts to Hong Kong’s unique language politics, and imagines how the Cantonese-speaking general public, in this case a taxi driver, struggles under a hegemonic apparatus of law and provisions to master Mandarin. “Self-immolator”, as the title suggests, involves an eponymous act of setting oneself on fire in front of the British Consulate–General of Hong Kong as a way to call on Britain to uphold the Sino–British Joint Declaration. “Local Egg” highlights Hong Kong’s ever-encroaching space for the agricultural industries as it imagines the closure of the city’s last chicken farm. It also touches on censorship, and young, uniformed children reminiscent of the Red Guards during China’s Cultural Revolution are seen checking on people’s use of language based on censor lists.

Artistically, the film is an interesting experiment with an at best ambivalent result. Ten Years will not be the best film in terms of cinematic technique—indeed, at the 2016 Hong Kong Film Awards it was not even nominated for any other category but Best Film, showing that its victory is more iconic than technical. Nonetheless, the film is a notable collaboration between five directors who each directed a short film that represented their vision of Hong Kong in ten years’ time in 2025. The film’s vignette form is thus a notable exploration that allows each director to present an imagination of their own. An advantage of this form, then, is quantitative and democratic: it respects a multifarious range of imaginations and representations on Hong Kong–China relations. Much like a short story collection, Ten Years is not a film for those who seek qualitative depth in just one narrative. But, as a combined whole, they stitch together different aspects of tensions and resistance in all aspects of Hong Kong life, from ideological and political to social and cultural. And by doing so, they highlight the ubiquity of such tensions.

The other advantage of a collaborative project is that it can showcase the range of artistic talents among Hong Kong’s new generation of film directors. While four out of the five shorts portray explicitly socio–political issues as their subject matter, an overwhelming focus on dystopian realism may weaken the film’s artistic value overall. Luckily, this is remedied by the various styles and cinematic techniques exhibited by the directors in Ten Years, such as the use of black-and-white sequences in “Extras”. The second short, “Seasons of the End”, gives the film with an aesthetic and philosophical bent, and provides a necessary counterbalance to the social realist feel of the other shorts. The protagonists’ attempts to preserve demolished artefacts speak to the tide of conservation movements in Hong Kong roughly since 2007, but the darker idea of taxidermy and the preservation of the human body may be seen as a desperate call to archive the story of Hong Kong: If, for whatever reason, Hong Kong people are erased entirely, who will be able to make a record of their existence?

Many have called the film a prophecy, for the phenomena depicted and visualised have either occurred to various extent or intensified after the film’s release. Already, language policies depicted in “Dialect” and “Local Egg” have become a reality as primary and secondary schools in Hong Kong are edging out the use of Cantonese and are using Mandarin instead to teach Chinese. Staged destructions and violence as seen in “Extras” are now common sense after it was discovered that the Hong Kong Police had sent undercovers to cause chaos during the 2019 anti-extradition protests—these undercovers, dressed completely in black from head to toe to imitate some of the radical protestors and hide their own identities, throw Molotov cocktails on the street, their Glock handguns dangling by their waist. It may only be a matter of time, then, when a Hongkonger torches him/herself up as described in “Self-Immolator”. The concept of self-immolation as a means of protest is, of course, often associated with Tibetan Buddhist monks, but the short film makes the twist that the immolator is in fact suggested to be an old lady. While an overall impression has existed that construes Hong Kong protests as a “new” generation with young people at the forefront, one should not overlook the support from the middle-age and elder generations, who sometimes took centre stage in the anti-extradition protests.

In this sense, the concept of time is paramount to the film’s imaginary. Ten years is by no means a short time, but in the grand scheme of China’s increasing control on Hong Kong, ten years is also one-fifth of the fifty-year promise China gave Hong Kong: that Hong Kong’s capitalist system would remain unchanged for a period of fifty years between 1997 and 2047. The imaginations presented by this film show that changelessness is but a myth, but more importantly, because changes happen for better or worse, the film will become a reference point for people to compare. I therefore suggest that it is in fact a cathartic experience to watch Ten Years in 2019—and will be for years to come as well, given that Hong Kong–China tensions are likely to continue. As Annie Hui writes of the film, “[b]y presenting a future that is forcibly denied of Hong Kong’s unique culture, Ten Years empowers localist movements […] by attempting to make clear what Hong Kong identity truly is”. The reality may be bleak and the daily news depressing, but it is through creative and imaginative narratives such as film and literature that we reinforce our identities and strengthen our belief in resistance.